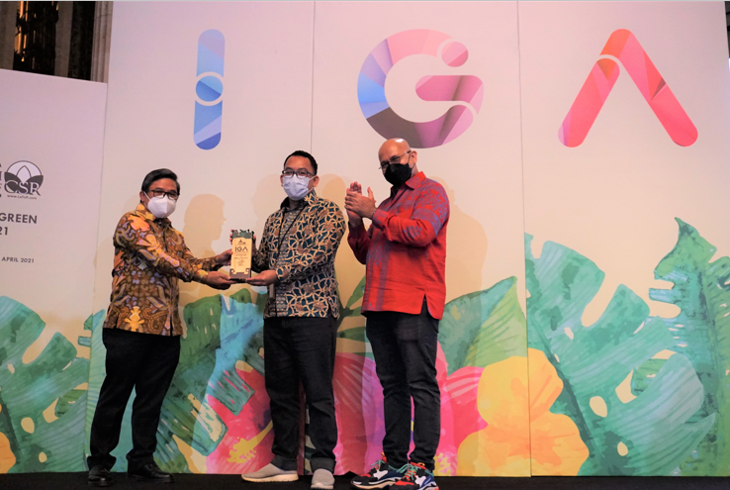 The award received by Kimberly-Clark Softex (PT Softex Indonesia) is the second time, after in the last 2020 successfully won the category of The Best Program Indonesia Green Awards (IGA) 2020. The Indonesia Green Awards itself is an award given by The La Tofi School of CSR to companies that have high concern for the environment through various kinds of creativity.

At their number of recycling facilities, Kimberly-Clark Softex (PT Softex Indonesia) reprocesses used baby diapers conventionally or by using hydrothermal and pyrolysis technology to become value-added products, such as pok-bricks, fuel oil, fertilizer, and other handicrafts.

Kimberly-Clark Softex’s initiative in the social and environmental has also successfully contributing to the 3 goals of United Nations Sustainable Development Goals (UN SDGs), namely Goal #12 on Responsible Consumption and Production, #14 on Life Below Water, and #17 on Partnerships for the Goals.

Kotex Commemorates International Day of the Girl with #GirlUnrestricted Campaign