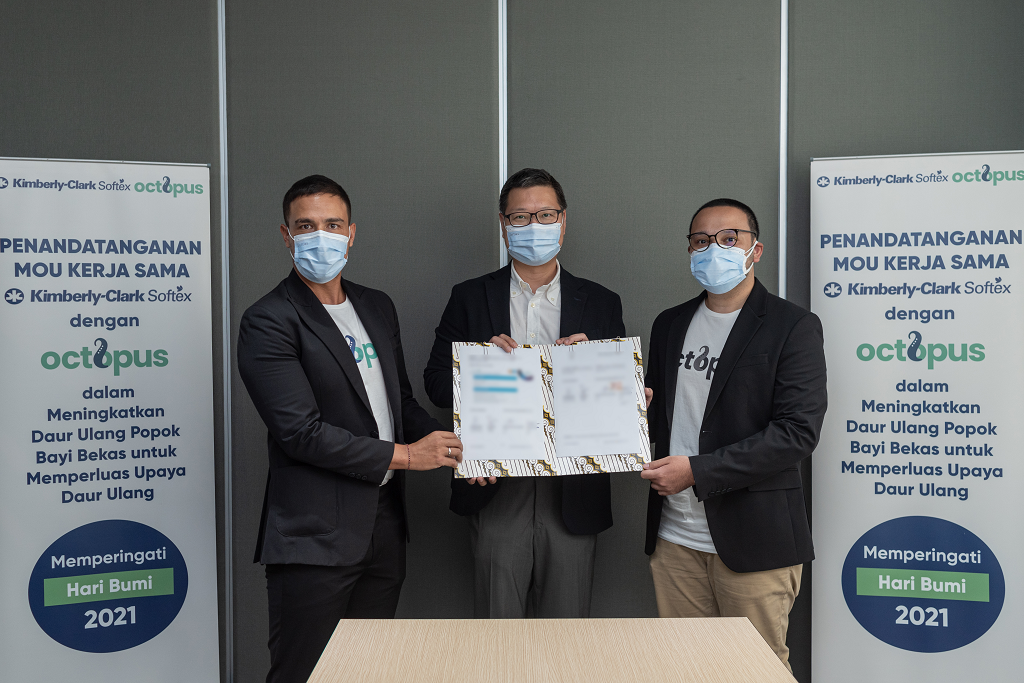 Kimberly-Clark Softex committed to becoming a task force member of the National Plastic Action Partnership to achieve national target namely 70% reduction in the country's marine plastic leakage by 2025, prevent 16 million tons of plastic waste from entering the ocean by 2040 and boost economic growth and livelihoods in Indonesia, creating more than 150,000 direct jobs.

“To minimize the impact of our planet, we should take responsibility and align our business to solve waste reduction. Therefore, we continuously strive to make positive contributions to the community by implementing diaper waste management and innovative recycling practices in our operations with a collective approach. By collaborating with Octopus, we aimed to move forward as a team, in supporting and welcoming Indonesia’s progressive development on waste reduction initiatives and circular economy approach,” stated Hendra Setiawan, President Director of Kimberly-Clark Softex (PT Softex Indonesia). 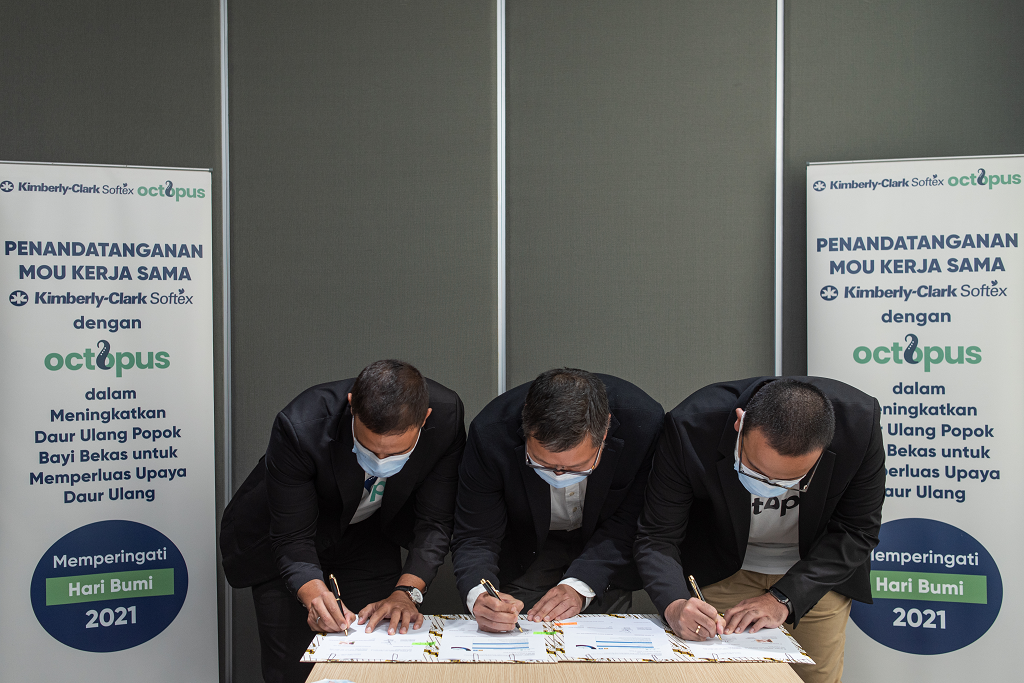 Kimberly-Clark Softex (PT Softex Indonesia) believes that manufacturers play a pivotal role to support the government’s waste reduction goals, while at the same time promoting responsible recycling practices. Collaborating with Octopus illustrates how the company sees the importance of joint efforts from all parties in combating environmental issues, such as excessive waste. This effort alone also successfully contributed to 3 of the United Nations Sustainable Development Goals, namely goal #12 on Responsible Consumption & Production, #14 on Life Below Water, and #17 on Partnerships for the Goals.

“We are honored to be a part of the Kimberly-Clark Softex (PT Softex Indonesia) ecosystem in waste management. By integrating our expertise in waste and post-consumer product collection that puts forward four pillars namely: environment, social, humanity, and economy, we hoped it could create a sufficient waste management program that not only focusing on bringing positive environmental impacts but also highly consider the welfare of the locals,” stated Moehammad Ichsan, Co-Founder and Chief Executive Officer Octopus.

Hamish Daud, Co-Founder and Chief Marketing Officer Octopus added, “At Octopus we have the vision to prevent trash and post-consumer products that have left the house to the Final Processing Site. We aim to improve the infrastructure and livelihoods of waste collection work with the ultimate goal of cleaning up our oceans at the national level. We believe that this waste can be utilized to drive the recycling industry that increases circular economic activity. Therefore, we are very happy to collaborate with Kimberly-Clark Softex, who also has the same passion as us to contribute significantly to the earth by reducing diaper waste. We also hope that through this collaboration we can help more consumers, waste collectors, as well as other waste collection efforts such as waste banks, pengepul (individual collectors), and pelapak (seller).”

Since the very beginning, Kimberly-Clark Softex (PT Softex Indonesia) has held a long commitment to bring sustainability efforts to their surroundings. The company has been invited to become a member of the National Plastic Action Partnership to establish multi-stakeholder collaboration in handling plastic waste. Until now, Kimberly-Clark Softex (PT Softex Indonesia) has partnered with Sarana Olah Sampah (SOS, Tangerang), Popoku Berkah (Banyuwangi), Guna Olah Limbah (GOL), Bank Sampah Bersinar (BSB, Bandung), Yayasan Bina Bhakti Lingkungan, Bumdes Karya Sari-Karawang and Yayasan Peduli Sungai Sejahtera to execute united vision to enhance waste management. As part of the Kimberly-Clark corporation, the company aims to address the social and environmental challenges of the next decade with commitments to improve the lives and well-being of 1 billion people in underserved communities around the world with the smallest environmental footprint.

PT. Softex Indonesia has achieved the 2nd year of Sustainability Certification from The Planet Mark™

15 November 2019
PT. Softex Indonesia has achieved the 2nd year of Sustainability Certification from The Planet Mark™